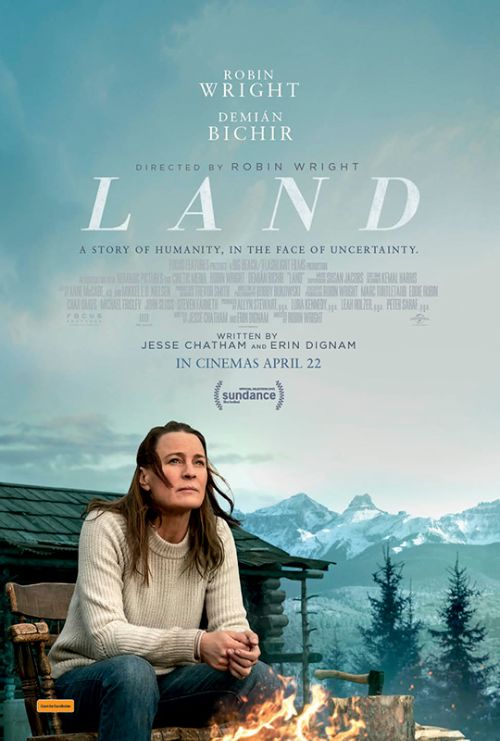 ★★★★  "There are corners of this quiet little film - less a plot-driven narrative than a two-person character study - that feel powerfully true, in ways that surprise." - Washington Post "Wright is relaxed and almost meditative as she takes in the beauty of the horizon, and her simple directing captures the majesty of nature." - New York Post "An effective and visually lush directorial debut about a woman who seeks to lose herself, but against her wishes is found. " - San Francisco Chronicle From acclaimed actress Robin Wright comes her directorial debut LAND, the poignant story of one woman’s search for meaning in the vast and harsh American wilderness. Edee (Wright), in the aftermath of an unfathomable event, finds herself unable to stay connected to the world she once knew and in the face of that uncertainty, retreats to the magnificent, but unforgiving, wilds of the Rockies. After a local hunter (Demián Bichir) brings her back from the brink of death, she must find a way to live again. Wright directs and stars in the film written by Jesse Chatham and Erin Digman. Co-starring with Wright is Oscar and ALMA nominee Demián Bichir. Joining them in the cast is Kim Dickens. Land is produced by Allyn Stewart, Lora Kennedy, Leah Holzer, and Peter Saraf. Wright is an executive produce alongside Big Beach’s Marc Turletaub, John Sloss & Steve Farneth of Cinetic Media with Nomadic Pictures’ Chad Oakes & Mike Frislev and Eddie Rubin.