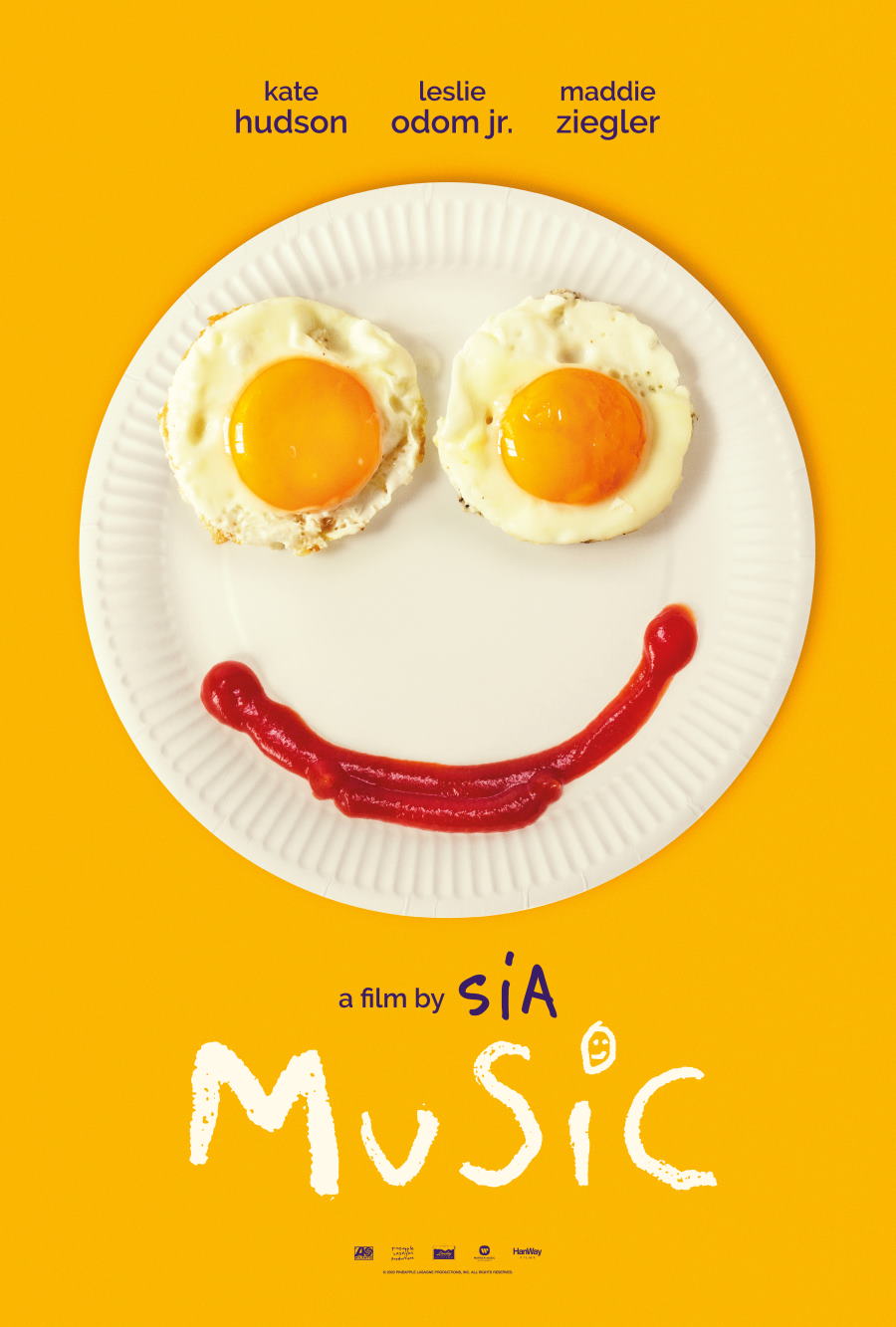 MUSIC is a powerful, original, and celebratory artistic statement and the directorial debut of multi-Grammy nominee and internationally acclaimed singer-songwriter Sia. She also co-wrote the screenplay based on her own short story. MUSIC shines a spotlight on the many talents of a cast that stars Oscar nominee and Golden Globe-winning Kate Hudson (Almost Famous), and Tony and Grammy winner Leslie Odom Jr. (Hamilton). Maddie Ziegler makes her film debut as Music. Ziegler has been Sia's friend and creative muse since 2014 when Sia directed her in the video for global smash hit "Chandelier." Zu (Hudson) is a free spirit estranged from her family who suddenly finds herself the sole guardian of her half sister, Music (Ziegler), The musical drama explores the tenuous bonds that hold us together, and imagines a world where those bonds can be strengthened in times of great challenge: love, trust, and being able to be there for each other is everything. What Sia has achieved with MUSIC is a cinematic experience as profound and unique as its title character.