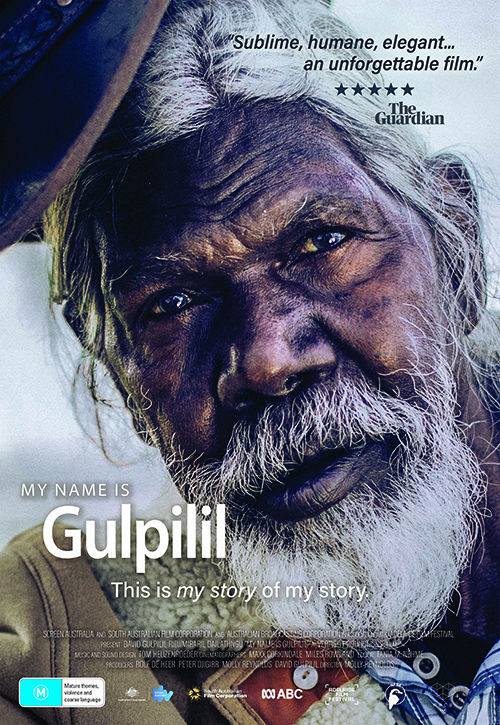 “I’m an actor, I’m a dancer, I’m a singer and also, a painter… This film is about me. This is my story of my story.” David Gulpilil is an iconic figure of Australian cinema and has been for fifty years. His mesmerising, electrifying presence has leapt off the big screen and changed Australian screen representation forever. The only actor to appear in both of the two highest grossing Australian films of all time, Crocodile Dundee (1986) and Australia (2008), Gulpilil is known throughout the world for his unforgettable performances - from his breakthrough in Walkabout (1971) to films including Storm Boy (1976), Mad Dog Morgan (1976), Peter Weir’s The Last Wave (1977), The Tracker (2002), Rabbit Proof Fence (2002), The Proposition (2005) and his Cannes Best Actor award winning role in Rolf de Heer’s Charlie’s Country (2013). Integral to the telling of so many legendary screen stories, Gulpilil, now nearing the end of his life, generously shares his own story with us in My Name is Gulpilil. The actor, dancer, singer and painter takes us boldly on the journey that is his most extraordinary, culture-clashing life. My Name is Gulpilil is directed by Molly Reynolds and produced by Rolf de Heer, Peter Djigirr, David Gulpilil and Molly Reynolds. Includes a special Q&A package that is only being shown in cinemas. An intimate conversation about the life, 50 year career, and story of David Gulpilil, with people who have been part of his journey - including good friend and screen legend Jack Thompson, Artistic Director of Bangarra and longtime collaborator Stephen Page, founding member of Yothu Yindi and producer/star of High Ground Witiyana Marika (who is closely related to David) and Australia’s leading film critic and longtime friend Margaret Pomeranz. Hosted by media personality, founding member of the acclaimed Marngrook Show and close kin of David, Yolngu woman Leila Gurruwiwi. Classification: M Mature themes, violence and coarse language Duration: 131 mins

TICKETS FREE but bookings are encouraged This event has been subsidised by Cowra Shire Council as part of NAIDOC Week 2021.