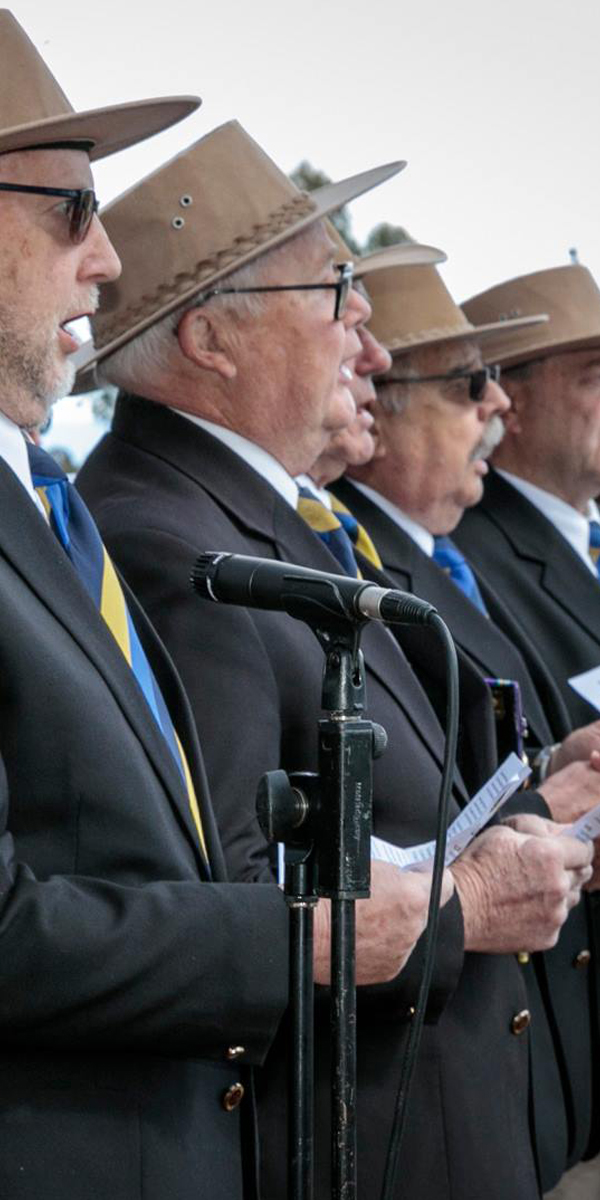 The Australian Rugby Choir perform for the first time in Cowra

Founded in 1996, the Canberra-based, male voice choir aims to promote singing in the community through their participation at rugby matches and other community events. Followers of the Canberra Brumbies will know the choir as they traditionally perform at every home match and some of the away games. The choir will perform a program of military music, carols, pop, comedy, rugby songs, Welsh hymns, opera and novelty songs. Joining them, an ensemble from the Royal Duntroon Military College Band will also perform as well as local choir members. DATES/TIMES Saturday 18 April at 7:30pm TICKETS All tickets $15 On sale from March 23rd at Relish, Kendal Street Cowra and at the door
A fundraising event of Cowra Community Chest
© 2019 Cowra Civic Centre