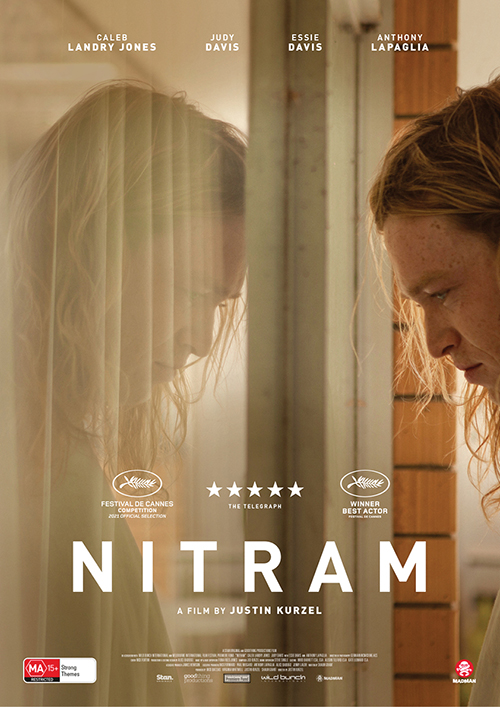 ★★★★★ "Kurzel has gone about this task with blazing moral integrity, seeking to explain the apparently inexplicable in human terms." - DAILY TELEGRAPH UK ★★★★ "This is not a film about the massacre but about the troubled young man who perpetrated it...Nor are Kurzel and Grant seeking sympathy for a vicious killer; but by telling his – apparently well-researched – story, they allow insights into the events, the details, that led to his evil rampage." - DAVID STRATTON ★★★★ "A hypnotically disquieting movie" - GUARDIAN Winner of Best Actor (Caleb Landry-Jones) at the 2021 Cannes Film Festival. Nitram (Caleb Landry-Jones) lives with his mother (Judy Davis) and father (Anthony LaPaglia) in suburban Australia in the Mid 1990s. He lives a life of isolation and frustration at never being able to fit in. That is until he unexpectedly finds a close friend in a reclusive heiress, Helen (Essie Davis). However when that friendship meets its tragic end, and Nitram’s loneliness and anger grow, he begins a slow descent into a nightmare that culminates in the most nihilistic and heinous of acts. Cast: Caleb Landry Jones, Essie Davis, Anthony LaPaglia, Judy Davis Classification: MA15+ - Strong themes Duration: 112 mins Tickets $14 plus transaction fee