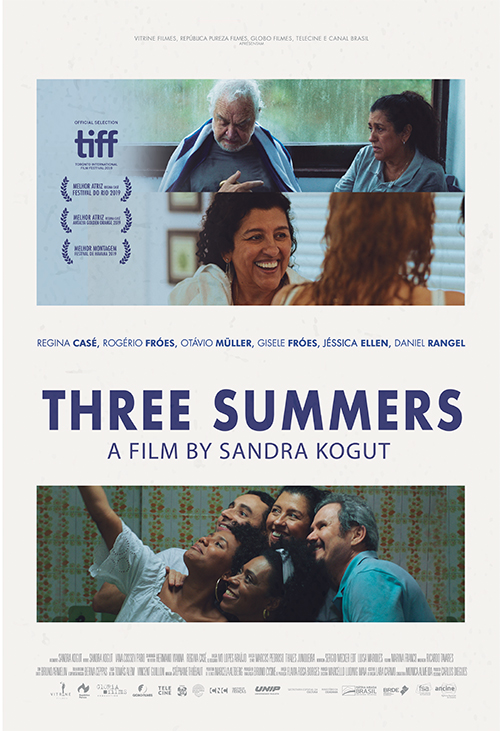 “Three Summers charts the progressive chronology of a working-class rebellion, spearheaded by a charismatic domestic employee whose constant yet feigned state of happiness belies a great personal trauma.” CINEUROPA Every December, between Christmas and New Year, Edgar and Marta host a lavish family celebration at their luxurious summer house by the beach. In 2015 all seems well, despite some tense phone calls and a guest wearing an ankle monitor. In 2016 the annual party is abruptly cancelled. What happens to the invisible people living in the orbit of the rich and powerful when these lives collapse? A charming, funny and biting comedy from Brazil. Over the timespan of three Christmases, Three Summers charts the progress of an irrepressible housekeeper as the fortunes of her rich and corrupt employers fail. A film for everyone who loves to see the rise of the underdog. Classification: PG - Mild themes and coarse language Duration: 94 mins Language: Portuguese with English Subtitles